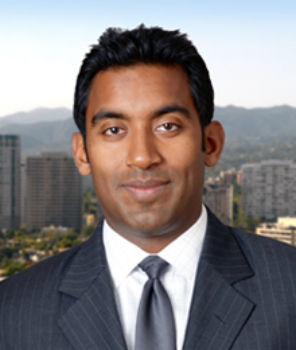 “The Washington, D.C.-based National Asian Pacific American Bar Association has named Nilay U. Vora the recipient of its inaugural NAPABA Pro Bono Award, given to an attorney or team of attorneys for outstanding pro bono service involving litigation to advance or protect civil rights or who has provided direct legal services to individuals in the advancement of justice.

Liao was the second highest vote-getter in the city’s March elections, but the council voted not to seat him after Fred Paine accused Liao of living outside the city.

As part of the same action in March, the council began its own inquiry into the question of Liao’s residency. Two ousted incumbents provided two of the votes to launch the hearings, prompting raised eyebrows from election experts.

Attorney Nilay Vora, in partnership with a legal team from the Asian Pacific American Legal Center, argued that Liao’s moving patterns were partially caused by a rocky marriage and stressed that Liao always intended to move within the city’s borders.

Vora and the center’s attorneys represented Liao for free because they believed Asian voters were being disenfranchised. The city’s population is about 60% Asian, but the council has seen just two elected council members of Asian descent in its 100-year history.

The San Gabriel City Council voted 3-1 Monday to set aside a challenge to the residency of councilman-elect Chin-Ho Liao and let him take the oath of office.

With Liao and Jason Pu, who also was elected in March, San Gabriel will have two Asian-American voices on the council for the first time in several years. Only two other Asian-Americans have won elective office in the city’s 100-year existence.

Officials hold their own hearing — with sworn witnesses — to decide if the second-highest vote-getter should be seated because of a local-residency challenge.

San Gabriel Councilman-elect Chin Ho Liao was the second highest vote-getter in the city’s March elections, but his first time on the council dais last week was as a witness under cross-examination.

The City Council voted not to seat Liao after resident Fred Paine filed a complaint alleging that Liao’s true residence is outside of the city’s borders. Though Liao has filed suit in Los Angeles Superior Court to contest the council’s vote, the city has also created its own hearing process to determine Liao’s residency.

Liao’s attorney Nilay Vora said that Liao has always intended to move permanently to San Gabriel and argued that Liao was not simply renting apartments within city borders, that he was living in them as well.

Vora subpoenaed three neighbors who testified that they had met Liao, regularly saw his car parked at the building and heard his movements in the apartment through shared walls. Liao also submitted a receipt from a moving company and described his possessions, among other evidence.